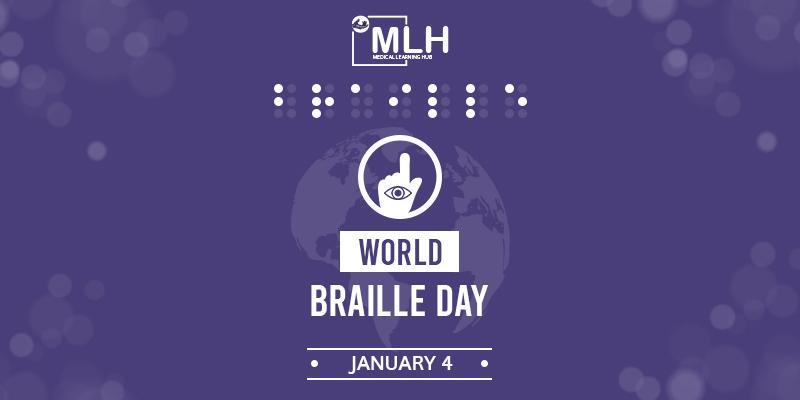 World Braille Day is celebrated on the 4th of January every year to commemorate the importance of the Braille system of writing. Invented by Louis Braille in the 19th century, this writing system has enabled the visually impaired to read, write and communicate with the world. In the Braille writing code, six dots represent a letter, number, and musical and mathematical symbols as well.

Why is World Braille Day celebrated?

To increase awareness about Braille
Visually impaired people face several difficulties in their lives. Restaurants, banks, public transport systems, and other areas of public life are often not designed in an accessible manner for people with visual impairments. World Braille Day works towards increasing awareness about Braille so that these different institutions come forward to adopt it.

To encourage literacy among the visually impaired
Braille has been fundamental in increasing literacy amongst the visually impaired. Children and adults alike have learned to read, write and acquire essential skills as a result of Braille. It has also allowed them to gain meaningful employment. World Braille Day aims to honour their efforts and works towards providing more encouragement for others to learn Braille.

Aims to establish equality
Everyone is entitled to live a life of dignity and respect regardless of any physical or mental impairments. People with visual impairments deserve access to all services, facilities, and participation in social events. World Braille day strives to make this thought a reality. It promotes the development of an equal society.

To foster support amongst the visually impaired
When people who have faced similar difficulties come together, there is bound to be an outpouring of support. World Braille day is a reminder to the visually impaired people around the world that they are not alone. There are millions like them who have suffered related troubles and have come out of them stronger with the help of Braille.

To showcase the versatility of Braille
Braille is a versatile code of writing that can be used in a variety of ways. Besides  helping the visually impaired to read and write, it also helps them solvem mathematical and scientific formulae, learn music, compose it, write complex stories, and so on. It is easy to learn and flexible to apply in daily life. World Braille Day endeavours to spread this knowledge among everyone.

Let’s increase our awareness about Braille on this World Braille Day and do our bit in making this world a more inclusive place?