Professor and Head, Department of Pulmonary Medicine and Sleep Disorders at All India Institute of Medical Sciences, New Delhi

Padma Shri. Dr. Randeep Guleria is Professor and Head, Department of Pulmonary Medicine and Sleep Disorders at All India Institute of Medical Sciences, New Delhi, where he has been working since the last 23 years. Dr. Guleria is the first Indian to get a Doctorate of Medicine (DM) in Pulmonary and Critical Care Medicine. He joined AIIMS in 1992 as Assistant Professor in the Department of Medicine and in the subsequent years he has been promoted to the post of Associate Professor, Additional Professor and Professor. He has done pioneering work in respiratory medicine. The Department of Pulmonary Medicine & Sleep Disorders has been created under his dynamic leadership in 2011 and has been ranked as the best department in Pulmonary Medicine in 2014, 2015 and 2016 by the NIELSEN survey published in WEEK.He was instrumental in starting DM course in the discipline of Pulmonary, Critical Care & Sleep Medicine was started at AIIMS in 2011.

Dr. Guleria was conferred with the prestigious “Padma Shri” Award in 2015 by the President of India and recently with “Dr. B.C. Roy Award in the category Eminent Medical Person” for the year 2014. In addition to these, he has several awards and honours to his credit, notably,Himachal Gaurav Award in 2011, Zee TV and LIC “Swasth Bharat Award” in 2010, “Lung India Award” for the best original article in Lung India by the Indian Chest Society in 2014, Dr. Reddy’s Chest Oration by the National College of Chest Physicians (India) 2013, Association of Physicians EMerck award for research in Chest Diseases in 2008, Raj Nanda and Royal College of Physicians Joint fellowship in Pulmonary Diseases in 2007-08, Dr. Mahinder Narain Oration in 2005, Indian Chest Society, Dr CV Ramakrishnan Oration award for his outstanding contribution in Respiratory Diseases in 2011 by the Academy of Respiratory Medicine, Dr P S Shankar Oration in 2011, Humanity (India) Oration at 6th UKAPICON 2015 by the Association of Physicians of India and the CRS Oration award 2015 at TAPPCON 2015 by the Coimbatore Respiratory Society. 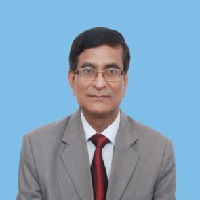 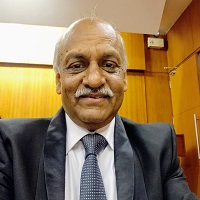 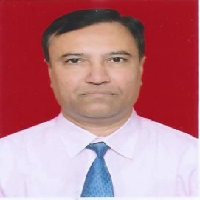