IAP Activities
Secretary Nashik IAP 1998
President Nashik IAp 2009
Treasurer Maharashtra IAP 2000
Secretary Maharashtra IAP 2001-2002.
During this tenure I started mahaiap.com that time Maharashtra IAP was the only branch having its presence on the web. Similarly, we made the state government to make a rule that, nobody will get a birth certificate, without having a proof of zero polio dose being administered

Mooted and nurtured the idea  of having IAP fellowships in different subspecialties.
National coordinator of IAP fellowship training program
National convener of e_learning committee of IAP.
National trainer for many national programs like SPOP ( Standardisation of pediatric office practice), SCPOP(Standardisation and computerisation of pediatric office practice), RTI GEM. Under these programs I had the privilege of conducting training for pediatricians all over the Maharashtra and Gujarat.
Member of IAP international cell.

Organising secretary of MASTACON 2010, the state conference of IMA.
Organising chairman of Gericon 2017
Advisor to president IMA Nashik since 2007 till date.
Led three big rallys of IMA in support of IMA members and in protest of violence against doctors.
Led three major strikes of doctors in Nashik, one of which included all the doctors across pathiies, covering the entire Nashik district.
Represented Nashik IMA at state and national levels. 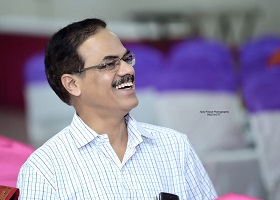